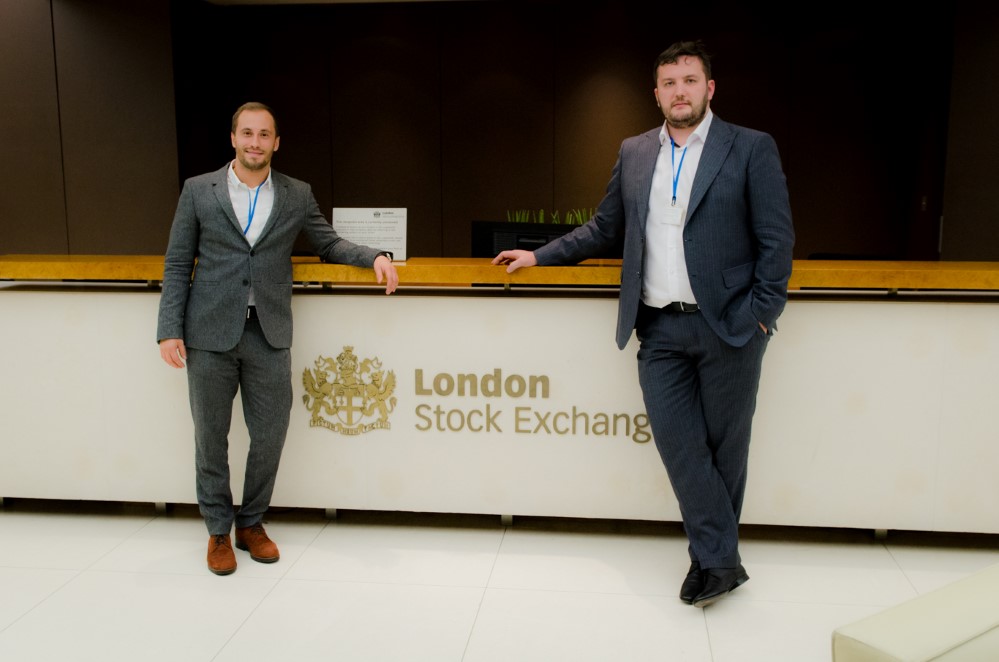 The business seminar “Azerbaijan: Ready for International Investment?” arranged by PASHA Bank was held on February 22 at the London Stock Exchange. The aims of the seminar were to present the investment opportunities in Azerbaijan, discuss the ongoing reforms in the financial sector, as well as promote bilateral relations and increased strategic partnerships between Britain and Azerbaijan.

Two previous investment seminars hosted by PASHA Bank were held in 2014 and 2015. This year the most advanced industries and technologies were presented to the European financial community as well as the reforms conducted for developing the favourable investment climate. The reason is that today Azerbaijan is trying to change the current trend of perception of Azerbaijan as an exclusively oil state. PASHA Bank is works particularly closely with companies operating in various sectors of the economy, and ICT is not an exception, that is vital for diversification of Azerbaijan economy. So, this year PASHA Bank along with “B.EST Solutions”, an operator of “Asan İmza” Mobile ID has launched the new B2B technology and become the first in the world practice to issue “Asan İmza” to the bank clients.

The seminar consisted of two high-level panels on such topics as «UK trade and investment ties with Azerbaijan», «Opening up for international investment: strategic road map and key development sectors», «Most attractive sectors of the economy».

The seminar was participated by the academics, bankers and business practitioners providing further insight into the breadth of investment opportunity in the country. Among the honoured guests were Baroness Nicholson of Winterbourne, UK Trade envoy to Azerbaijan; H.E. Tahir Taghizadeh, Ambassador of the Republic of Azerbaijan in The United Kingdom; Alex Nice, The Economist Intelligence Unit; Mike Taylor, Director, Southern and Eastern Mediterranean Region & Caucasus, Financial Institutions Team at EBRD; Nuran Kerimov, President of American Chamber of Commerce in Azerbaijan and Managing Partner at Deloitte Azerbaijan, and leadership representatives of the leading European and Azerbaijan banks and ICT projects. So, Vusal Gasimli, an Executive Director of the Centre for Analysis of Economic Reforms and Communication, presented «Recovering from oil dominancy: how will Azerbaijani economy shine again?», where he stressed the significance of Azerbaijan economy development as a result of economic reforms, taken by the President Ilham Aliyev. In return, Farid Ismayilzada, CEO of Goldenpay presented start-up of the country’s industry, financing prospects and development of start-up within the community.

Mrs. Jana Krimpe, the founder of B.EST Solutions company the head of the Azerbaijan Mobile ID Consortium, shared her rich experience in ICT in Azerbaijan. Such projects as “Digital Trade Hub”, AZEXPORT, ABAD (ASAN Support to Family Business), Asan İmza Mobile ID and e-government online business services were presented to the investors and business community. Besides, the innovation project of PASHA Bank digital banking was emphasized. During her speech Jana Krimpe stressed that PASHA Bank implements the advanced technologies not only within the region, but also in the world, being the first bank issuing Asan İmza to their clients and complying with the KYC (Know Your Client) principle in the digital financial environment, that is the very challenging topic for the European financial market. Presenting innovative projects aimed at improving the investment climate and attracting additional investments, she noted the particular importance of public and private partnership in carrying out economic reforms in the country. Mrs. Jana Krimpe also noted the great tourism potential of the regions, and also introduced the work carried out by the Femmes Digitales club in the regions to attract more girls in IT.

British investors expressed their great interest in the Azerbaijani market and highly appreciated the reforms carried out by the government. The project of a free economic zone, as well as the level of development of innovative services for remote business in Azerbaijan, were of particular interest. British investors demonstrated their concern in financing a number of projects and noted the high level of digitalization and innovation of the solutions presented.